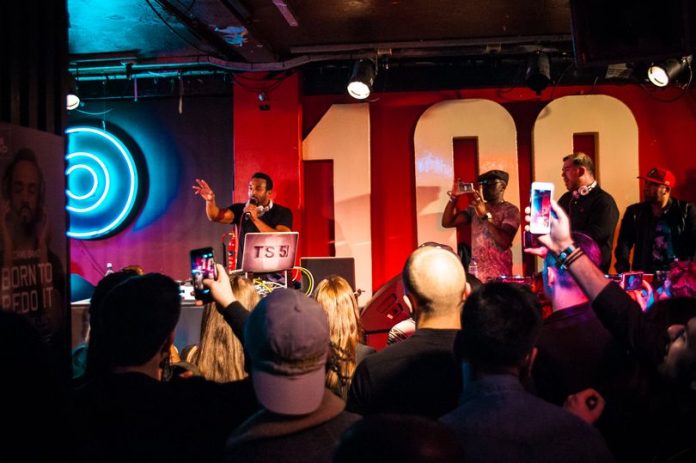 Iconic Soho music venue owner Jeff Horton has a folder of letters and cheques music fans sent him when the 100 Club faced an uncertain future a few years ago.

Mr Horton said: “One lady in her 90s sent a cheque for £500. The gesture means more than the worth of the money. This is proof to me that this place is worth keeping open.”

Right now the venue is closed whilst London is in Tier 2 restrictions after a successful gig by Talk Show for 60 socially distanced customers not long before the tougher restrictions came in.

“It was really great to get back to do some music,” said Mr Horton of the show.

But that’s now on hold and the club is thinking about other ways to offer live music.

Mr Horton said some acts are unwilling to travel to perform to just 30 customers.

“It’s a very small number of people. What I do not want is having a band or a poet or a spoken word artist doing his piece to a guy and a dog.”

Back in March the Sleaford Mods did a gig which was live streamed from the venue which was watched by an international audience.

Down the years the club has provided a platform for many genres of music from punk and reggae in the 1970s and highlighted African music during the apartheid era in south Africa.

In fact Nelson Mandela thanked bands who played at the 100 Club – he heard about the gigs during his imprisonment at Robben Island.

The Rolling Stones, the Kinks and The Who all once had residencies at the club in Oxford Street.

And Sir Paul McCartney played a benefit gig there in 2010.

There’s been a club on the site since 1942 when it started life as the Feldman Swing Club and hosted greats including Glenn Miller and Louis Armstrong.

It then passed to the Horton family and became Westminster’s first venue to be given localism relief by the council because of its cultural importance.

Mr Horton is a member of the Music Venue Alliance for 900 grass roots venues and spoke to culture secretary Oliver Dowden about the pressures small venues face because of coronavirus.

Since the pandemic began it has been awarded £491,486 financial support from the government’s financial recovery fund.

Mr Horton estimates the business will have lost £200,000 up to Christmas because of Covid closures.

And he said: “I would happily hand back every penny if we could reopen tomorrow and there was a miracle cure.”

But instead he said: “nobody knows. We have to watch and monitor.”

He has four full time staff and has lost some part-time workers who have moved away or gone back to university.

“Laminated” love for the elderly in times of coronavirus

Cardiocoin (CRDC) Is Now Available for Trading on LBank Exchange