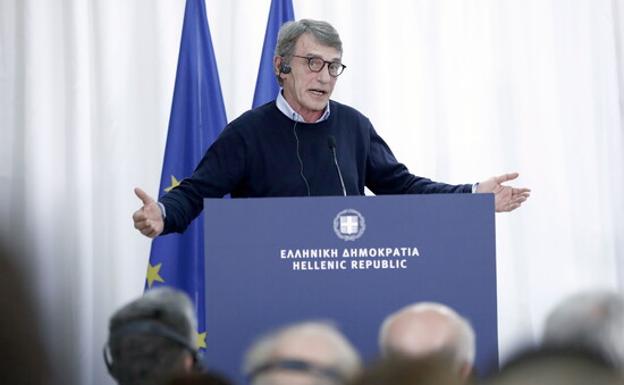 The president of the European Parliament, David Sassoli, has emphasized today the need for “the EU compromise with the unaccompanied minors that arrive at the coasts of the continent,” after Turkey opened the way to thousands of refugees who are now on the border with the hellenic country.

“The fact that the three presidents of the european institutions have traveled today to the Greek / Turkish border to see first-hand the situation in the own territory is of great relevance. I would like to thank to Greek citizenship for your support and dedication in these moments,” he assured the president of the Parliament.

In this way, Sassoli has called “the solidarity of european governments, which have to show much more generosity and solidarity with children who need help hopelessly hopelessly”.

The defence of human rights

Also, Sassoli said that “the only way to be at the height of the european values and to make Europe a world leader in the defence of human rights is that the leaders of europe to work constructively to find a solution for the fair redistribution of immigrants”.

“The situation in the border Greek-Turkish evidence, in addition, more than ever the need of a common policy in matters of immigration. I am surprised that many european governments continue to ignore this. For the European Parliament, who comes to Greece, Italy, Malta or Spain, arrives in Europe”, argues Sassoli.

Lorenzo Alonso - January 14, 2021
The Sakharov Prize for Freedom of Conscience awarded each year to the European Parliament in recognition of the struggle for Human Rights it has...