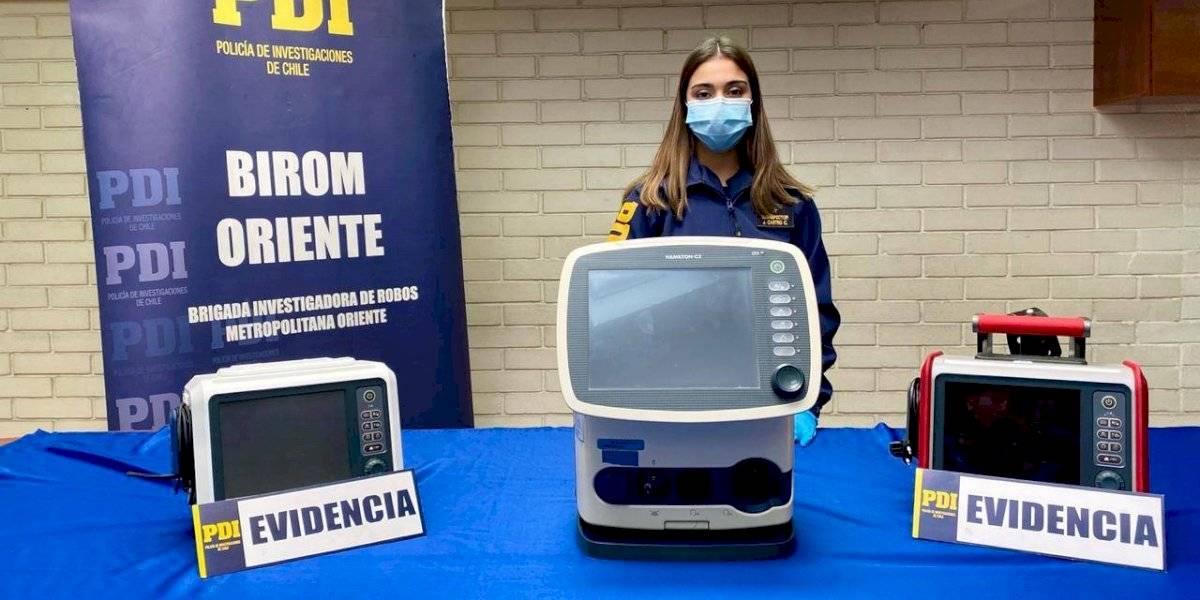 Yesterday, the PDI arrested a subject who, through social networks, tried to sell three mechanical ventilators, which had been stolen from a medical supplies company last week in the Providencia district.

These had been purchased by the Ministry of Health and were stolen days before they could be dispatched.

Between June 12 and 15, the company that sells medical machinery suffered the robbery, which was reported on Monday the 15th at around 8 in the morning when they realized that the perimeter fence was without its security mechanism and the cellar of the place had its lock forced.

In this context, after an investigation, it was possible to detect the sale through social networks of various medical supplies, among which were these three Hamilton brand mechanical ventilators, models C2, C1 and T1, valued at 60 million pesos.

In this way, a 22-year-old man who was marketing them was detained, which was reported to the Public Ministry, finally establishing that this person will be warned for the crime of reception.

Analysis of Godfall to PS5

Demon-Box: A Unique Way of Gifting

Buy Ecopoxy From All American Woodworks In Montana